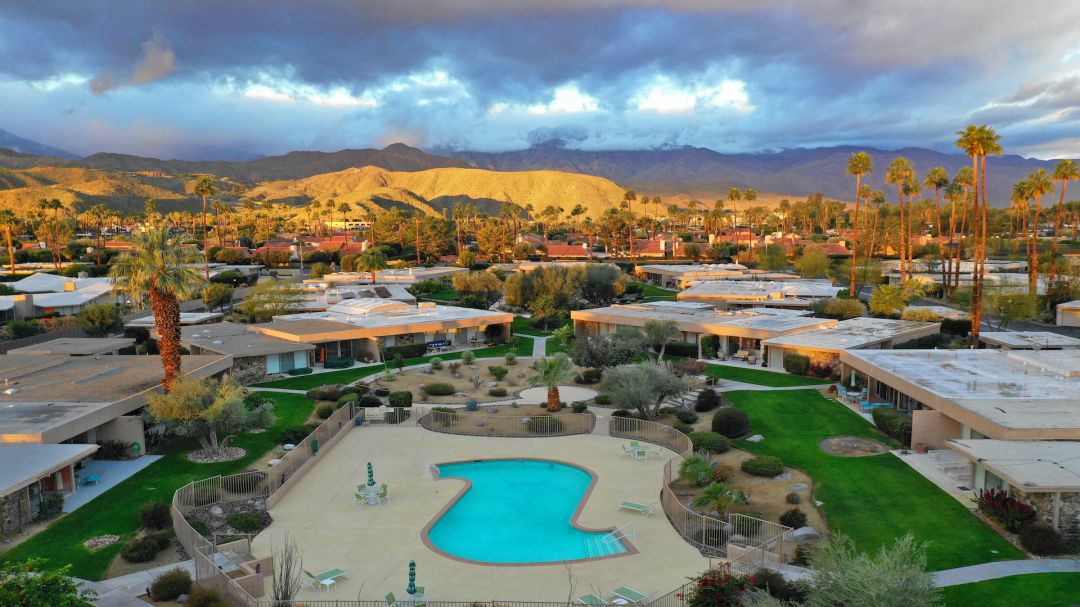 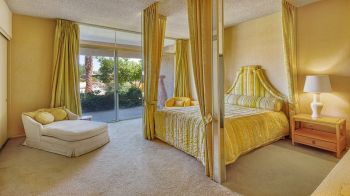 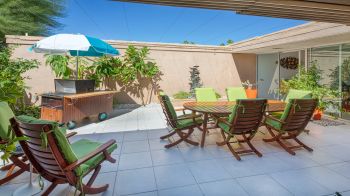 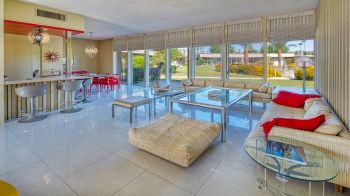 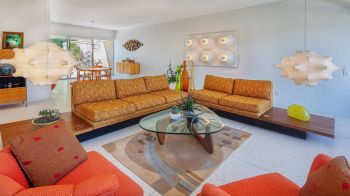 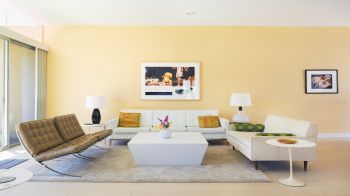 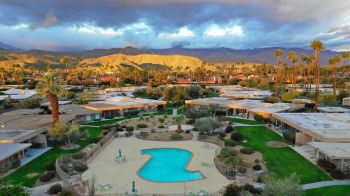 Explore a visionary midcentury modern architectural oasis only once before opened to the public. Guests will tour seven remarkable homes in Tamarisk West, a residential community of 22 homes built in 1964 and designed by noted architect S. Charles Lee. Several homes include impressive arrays of vintage midcentury art and furniture by Milo Baughman, Arthur Elrod, Paul McCobb, and many others.

In between touring the dream homes spanning 1,960 to 3,600 square feet, guests can explore the accompanying lush landscaped grounds and spa-like pools.

Lee paid meticulous attention to every detail during Tamarisk West’s planning, development, and construction. He ensured that every home had breathtaking views, but also provided privacy. He smartly designed Tamarisk West as duplexes clustered in ovals around two swimming pools. The homes all open to the pool with sliding doors and terraces, and some open to private patios. The walls of glass and views to the outside help to visually expand to the outdoors.

Tamarisk West is the only residential community Lee designed. Lee is regarded as America’s preeminent movie theatre designer of the early 20th century. His Art Deco and Moderne-style period theatres number more than 400 including 250 in the Los Angeles area such as the Bruin in Westwood and Tower Theatre in Los Angeles. Lee received numerous awards throughout his lifetime, including the Society of Registered Architects’ Synergy Award.

There are seven (7) homes on this tour.
No smoking at any time.
No dogs or animals permitted.
No public restrooms are available.
No food or beverages.
The organizer of this event is Tamarisk West Homeowners Association.