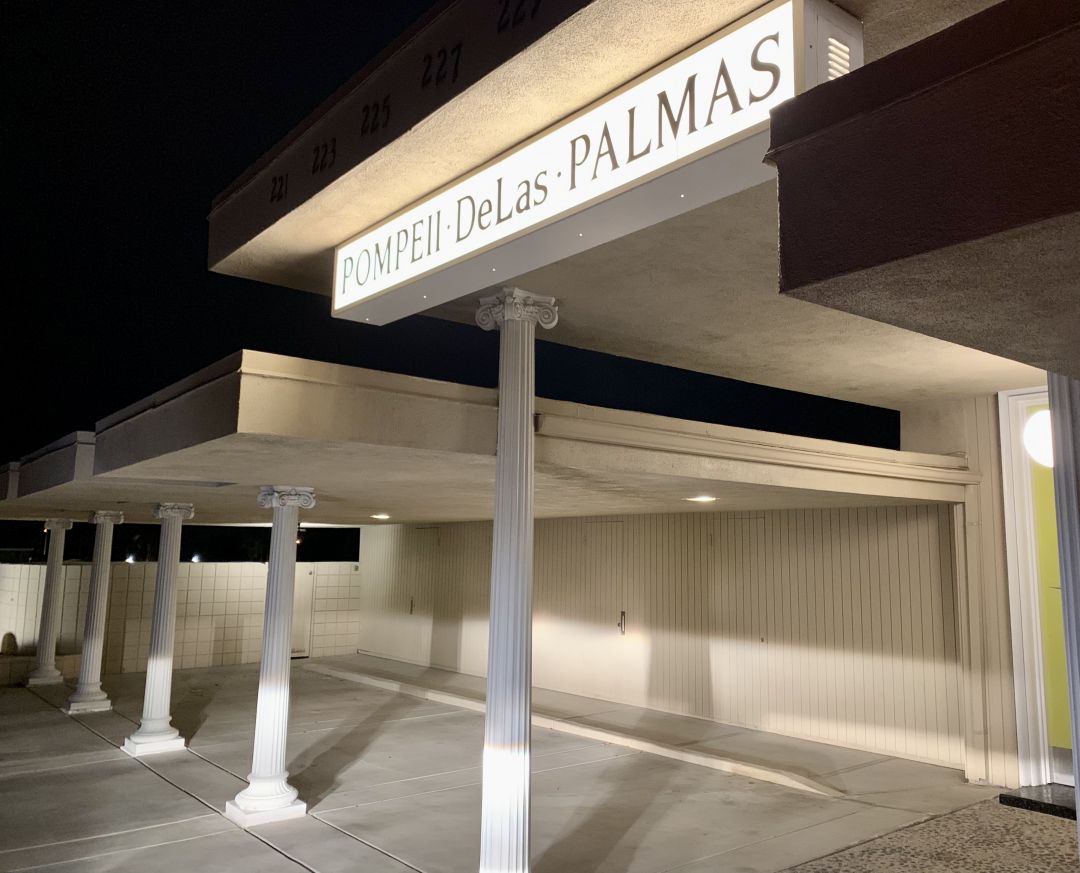 Explore A Modernist Time Capsule From Another Millennium 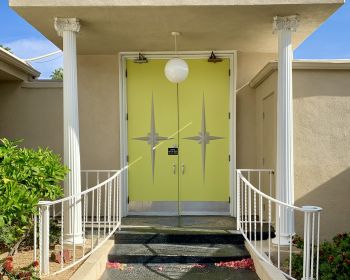 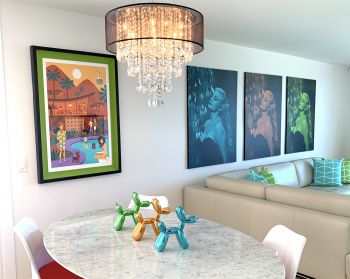 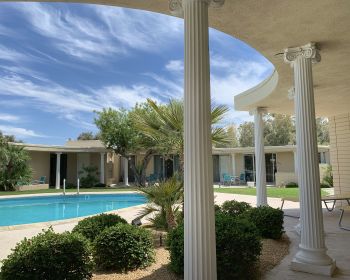 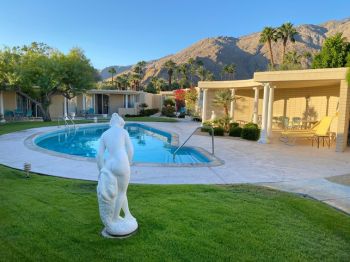 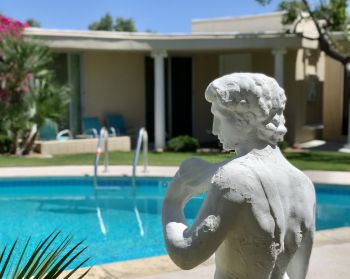 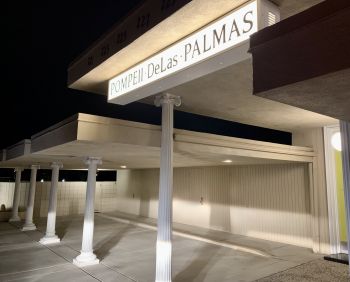 Originally constructed in 1964 as luxury, seasonal rentals then later converted to condominiums, largely untouched, Pompeii de las Palmas remains a rare historical gem in the Coachella Valley.  As described by the Palm Springs Preservation Society "the complex is an excellent example of a vanishing and endangered building type: the "small" seasonal rental property." In 2015 Pompeii was deemed a Historical District by the City of Palm Springs.

Organized into three separate buildings, the complex is guaranteed to impress with its central colonnade and beautiful half-circle pool.  As you pass through the oversized entrance portal, you enter an enclosed space where the outside world is only evidenced by swaying palm trees and the towering San Jacinto Mountains.  Visitors will be able to stroll the central "Main Street" of the complex and see how the interiors of the units have been reinvented by 21st Century Modernists.

There are five (5) homes on the tour.
This event is for all ages.
Public street parking along Stevens Road
This event is wheelchair accessible. There are some exterior and/or interior steps.
The organizer of this event is Pompeii de las Palmas Homeowners Association.